I was invited to a talk by Chandan Rajah, CEO of Paralellai at the Sullivan Stanley 'Party' House (Really a great venue for networking events..). The talk was a pitch to C-level tech luminaries as to what Machine Learning and AI are and how they can be harnessed in business.

Chandan started strong, he explained the difference between Supervised and Unsupervised Learning..

The room was receptive, they were getting it. The picture of the dogs vs. puppies came up 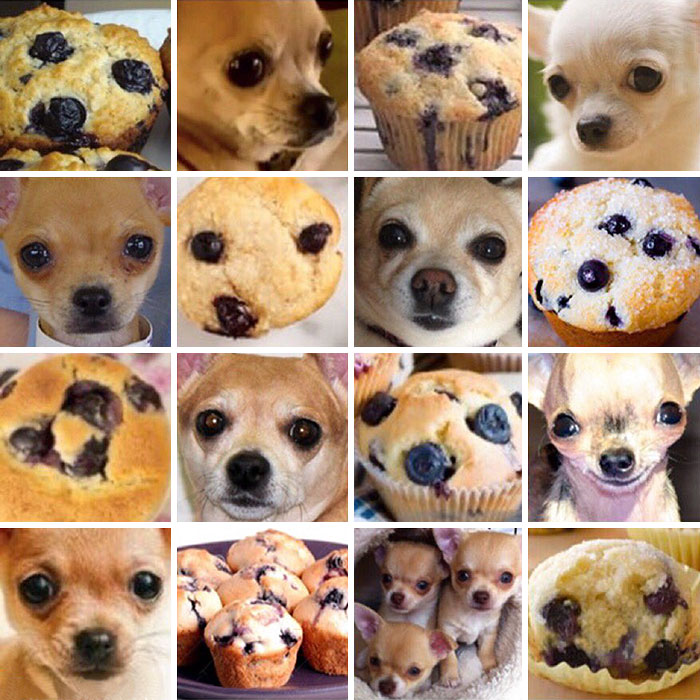 The room laughed as we were told that computers are now better than humans at picking the two apart.

A long sidebar as the one of the audience had decided that machine learning and AI were a write off. "I can tell quite clearly from here what's a dog and what's pastry - Why do I need a computer to do that?"

Are you kidding - a computer can tell what is in a picture.

So Chandan continued. His company specialise in realtime application of machine learning, one aspect that they demonstrate this is in hyperpersonalisation - a user likes some images of clothes on instagram, and they can serve up bespoke featured clothes on the e-commerce store you navigate to. That's cool right? Humans have an attention span of 7 seconds - beyond that the tab is closed and they navigate to the next site (for 7 seconds..). The benefits to the customer and retailer are clear here, both parties get what they want. The room was largely impressed but broke into a sidebar again - isn't this just creepy?

Is it more creepy than a salesperson in a bricks and mortar store showing you clothes they think you might like based on what you wear into the store? Maybe its creepy because a computer did it, but the end result is the same no?

"What value does machine learning have here, its all just a bunch of if.. else statements isnt it?"

Just imagine sitting down to write down all the if/else statements necessary to break down one of these tasks.

Chandan managed to keep us on track and really kept the room on side, but I don't think all were convinced in the merits of machine learning. The large proportion really really got what the merits were, but it felt like there was resistance form a small minority because the magic box wasnt always 100% right so it must be 100% wrong.

As a (very) junior in the industry, it showed how important it is to explain what is going on and why - and to not assume that everyone will be convinced that machine learning is so useful without showing them how it can help them.

Now, get back to tending those models - this coursework isn't going to do itself.